Are Franchised Chains the Weak Link in Food Allergy Dining? 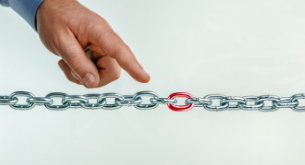 Since AllergyEats’ inception, I’ve been asked – and have seen others ask – the following  questions: “Which are better when it comes to food allergies – chains or independent restaurants?” and “Which are better – large chains or small chains?” The list goes on, with the type of cuisine, type of restaurant, etc. Throughout the years, my answer has always been the same:

“There is no pattern to one type of restaurant being better than another, whether chains vs. independents, casual dining vs. fine dining vs. quick serve, etc. It all comes down to the commitment from the top– whether that be the owner of an independent restaurant or the senior management of a chain.”

I still believe that to be absolutely true.

Consider In-N-Out v. McDonalds, Longhorn v. Applebee’s, or, as we wrote up recently: Chipotle v. Subway. In each case, the former has made AllergyEats Top 10 List of the Most Allergy-Friendly Restaurants in America, while the latter – a comparable chain – is simply not food allergy-friendly. The same goes for independents, though there are too many to name. But why isn’t every independent a One Dish Cuisine (Ellicott City, MD), an Intentional Foods (Mesa, AZ), or an A La Mode Shoppe  (New York City)?

It comes down to commitment.

At the risk of sounding like a hypocrite, I think we finally found a (generalized) differentiator here. Before I say it, let me reiterate that being allergy-friendly or not still comes down to the individual restaurant or chain, but in general, AllergyEats data strongly suggests that franchised restaurant chains are less allergy-friendly than their company-owned and operated competitors.

Here’s some data from a 3-year look back. Among 78 of the largest casual dining restaurant chains in America, the average AllergyEats allergy-friendliness rating for restaurant chains that own their own restaurants is a healthy 4.17. For franchised chains? A thud-worthy 3.77.  Note too that the average franchise rating is helped dramatically by 2 of the biggest on the list – Red Robin (4.07 rating, partially franchised) and Outback Steakhouse (4.13). Take out these and the #’s are much worse, led by the other large franchisor, Applebee’s at a dreadful 3.13.  To be fair, there are duds amongst the company-owned and operated restaurant chains as well, such as Cracker Barrel (3.09).

Overall, however, the data is the data.  Even if I looked at AllergyEats’ ratings since inception nearly 10 years ago, the score would be 4.02 v. 3.70 in favor of the company-owned restaurant chains.

So who’s got the greater incentive to become allergy-friendly?

Here’s my theory. I still believe – as demonstrated by the outliers above – that generalities are just that, and that every restaurant chain and individual restaurant needs to be considered on its own merit (thus, the reason AllergyEats exists).  I also still believe that the driving factor behind any restaurant being food allergy-friendly – as mentioned above – is commitment. Lastly, I strongly believe that what drives many restaurants to be food allergy-friendly is simple economics. And therein lies the rub.

A franchisor has less economic incentive to put the kind of strict rules and protocols in place that make a restaurant food allergy-friendly than a chain that owns and operates all of their restaurants.

Franchised restaurant chains make most of their money off royalties from the revenues of their franchisees (generally, they take 4% of sales). Chains that own their restaurants make their money off the profits of the restaurants. There’s an important difference between making money from revenues v. profits. A restaurant that becomes food allergy-friendly should see a nice boost to revenues – let’s say, for this example, they go up only 5%. However, because the cost of labor, rent, overhead, etc. are relatively fixed, that 5% increase in sales can translate into a 12% increase in profits. For a franchisor, a 5% increase in the sales of their chain’s restaurants equates to a similar (5%) increase in profits. So, the financial rewards and return on investment for taking the steps to be food allergy-friendly are greater for company-owned chains than for franchisors– and thus the motivation is greater too.

Back in the day, I was a financial analyst and portfolio manager. I spent a stint as a restaurant analyst. I remember going to Oak Brook, IL to visit McDonald’s – one of the largest franchisors in the world. I’ll never forget staying on the campus of Hamburger U (yep, you can’t make that up) and turning on the TV at night, only to find that the “cable channels” consisted of how to make a Big Mac, how to make a double cheeseburger, etc. McDonald’s, due to their size and name recognition, could control virtually everything their franchisors did in their restaurants. However, they’re the exception rather than the rule. In general, it is a lot easier for Maggiano’s Little Italy (owned and operated), for example, to get mandates from the corporate level to the restaurant level than it is for Texas Roadhouse (franchised). Consistency matters, especially when food allergies are considered.

Again, I share this information for the sake of public interest. I strongly reiterate that every restaurant and every chain needs to be measured on its own merits (using AllergyEats, of course!). There are plenty of strong franchise chains – Outback, Red Robin, and Vitality Bowls to name a few – and plenty of weak company-owned chains that buck the norm presented above.

YOU can help us see if the trend continues over the coming years or help us find NEW trends! Just rate every one of your restaurant experiences on the AllergyEats website or app.  Chains or independents, quick serve or fine dining, Chinese or Italian – they all matter.  Every new rating makes AllergyEats a more valuable tool for the entire food allergy community, so please help us right now.  We’re all in this together!

This article is spot on Paul! Unless the owner or management has actually lived with or has a loved one with a food allergy or celiac disease, there is not much incentive to make it happen. It starts at the top and like everything, it trickles down the chain of command all the way to the servers. Thanks for sharing this important perspective.

Paul, I agree that you need to evaluate the individual restaurant. Period. My worst experience was with Red Robin. I have Celiac and was traveling…will never enter another Red Robin. Not only did I get glutened, the server and service was HORRIBLE. Why risk it? I eat out a lot. I think management is the key, chain or not. One of my best experiences was in a tiny restaurant in Colorado. I’ve had great luck in small restaurants and hotel chains. Talk to them, then decide if it’s safe to eat there.

Perfect example of a response I got from a company with a lot of franchises when asking about certain allergens that shows the control of the individual franchises can be lacking. They responded:

‘Thank you for your email. Please be advised that our website information is for approved items and products. Our stores are individually owned and operated. I recommend that you reach out to the store owner to be sure that there are no substitutions being used.’

Thanks for your website!! I read it and recommended it to all allergy sufferers I know.
I have gotten to the point where I simply cannot eat anything unless I made it myself. I can’t trust food service or even my well-meaning friends! People lie about ingredients and some simply don’t know what is in the food.
Case in point; my son became violently ill from an unlisted additive – peanut flour! I mean what is that? And how would most people know?

I have found, to my detriment, that it does not matter whether you eat at a chain/franchise or a local restaurant. The only thing that matters is how well the owner, or more importantly the chef, is invested in keeping customers safe. I currently have a lawsuit pending against a Ruby Tuesday’s restaurant because although we told our server no less than 3 times that I am deathly allergic to shellfish, and he responded each time that he would make sure the kitchen staff knew of my allergy, before I left the restaurant I went into an anaphlylatic reaction. Not only did the server tell us he would make a note for the kitchen staff, he told us seafood was cooked on one side of the kitchen and everything else was cooked on the other side. Even the manager, who ironically was sitting at a table next to us, began yelling after the ambulance was called that “We have a protocol for this!” But, I have also been promised by managers of small independent restaurants that they keep shell fish and other food separate, only to make friends with the staff at the closest emergency department. Fortunately, the majority of times when we eat out the restaurants do take my allergy seriously, since it is very difficult to find any restaurant that does not serve some type of shrimp dish.

I have a sever peanut allergy, and have a general fear of eating out as I found that just inquiring you are at the mercy of the employee. But it really hit home when i develop a level of comfort at a chain and nearly cause series harm when I check and found a particular franchisee using peanut oil. I enjoy local sports bars and their food and had visited many Beef O Brady’s around Florida and Georgia. Peanut allergy dinners beware of the Beef O Brady’s in Bainbridge Georgia!!!!!