Peanut Patch setback – likely nothing until late ’21 at best

Paul’s Perspective on the Peanut Patch 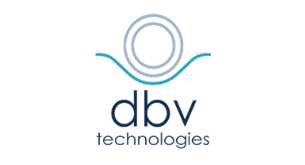 For a few years, peanut allergy sufferers were quite enthused by the prospect of the Viaskin Peanut Patch (by DBV Technologies) allowing them to develop some protection from the ingestion of small quantities of peanuts or peanut protein. It was the equivalent of OIT (oral immunotherapy) in a less-risky patch form.

About a year ago, DBV produced mixed clinical trial data, but later supplemented it in a way that made FDA approval of the patch seem likely. Internally, and with the food allergy community, DBV by all means seemed to be preparing for a mid-2020 launch of the patch.

Then a setback occurred with the FDA, early this year, and DBV pulled its outreach efforts. The “sticking point” seemed to be problems with Viaskin patch adhesion to the body. Simply put, adhesion wasn’t what it was supposed to be and had hurt trial results and overall efficacy of the patch. As is the case in dealings with the FDA, DBV met with them to discuss these findings and the ultimate outcome – learned yesterday – was not positive.

The FDA has concerns about patch adhesion and it’s effect on the efficacy of this therapy, despite the additional data DBV provided, and has requested that DBV make modifications to the patch, submit additional data, and then conduct another clinical trial.

This is a huge setback for DBV’s Peanut Patch and will likely delay its potential availability until late 2021 at the earliest!

In addition, whereas DBV had planned to apply for European Approval in late 2020, they will re-evaluate and likely defer that plan for now.

Management at DBV believes a next-generation patch can be developed within “weeks to months” and believes it can produce enough for a clinical study relatively quickly. However, what is yet to be known is how large of a study the FDA will require once DBV meets with them following the redesign of the patch. More clarity is expected late in 2020. As described by research put out by Morgan Stanley today, “accounting for the time it would likely take to then manufacture sufficient quantities of a re-worked patch, conduct an additional clinical trial and human factors study, and report top line data, we would not expect validating data for the revised patch to be reported until mid-2021 at the earliest.” This would then be followed by the need to manufacture enough patches for commercial launch.

The concept of the Viaskin Peanut Patch has not lost any of its luster, and hopefully this is simply a setback rather than a death-knell (the company does have dwindling case reserves as this takes place); however, I would note that the concept of the patch still seems like a safer alternative than OIT (since OIT requires risk of anaphylaxis at every stage, particularly the first) and, if DBV is successful in launching the Viaskin Peanut Patch, it might make for an easier runway to launch their follow-on Viaskin Milk  and Viaskin Egg Patches, adding tremendous value to their shareholders – and to our food allergy community.

It saddens us to report this negative news, especially to those who were holding out hope for a quick, effective therapy, but new drug development is notoriously difficult and the FDA extremely cautious in their safety and efficacy profiling.

We wish our best to DBV in redesigning the Viaskin Peanut Patch effectively and quickly.