Take An Allergy-Friendly Bite Out of the Big Apple: Uptown 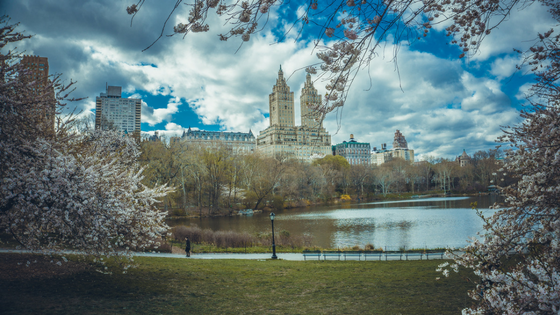 This week’s guide highlights restaurants above 59th Street. Notable landmarks include Central Park, the American Museum of Natural History, and the “Museum Mile”.

Away from the hustle and bustle of midtown, visitors to Manhattan can get a glimpse of city living in the largely residential areas of the Upper East Side and Upper West Side. These neighborhoods border Central Park, home to multiple playgrounds and recreation areas, among other things. If you’re visiting during the winter, it’s just a short walk to take to the ice at picturesque Wollman Arena after entering the park on 59th Street at 5th Avenue. If you travel just a bit further, you’ll reach popular Central Park Zoo, open year-round.

Looking for a bite to eat after leaving the park?  Lilli and Loo, a Pan-Asian style restaurant, is a short cab ride or 10 to 15 minute walk from the zoo’s entrance at 64th Street and Fifth Avenue. Of note, it’s casual enough for families and best known for gluten-free options, but has been reviewed favorably on AllergyEats for its ability to accommodate other allergies. If you’re craving a sweet after your meal, Lilli and Loo is also just two blocks from the flagship location of Dylan’s Candy Bar (Third Avenue at East 60th Street), a coveted stop for kids (and kids at heart!) 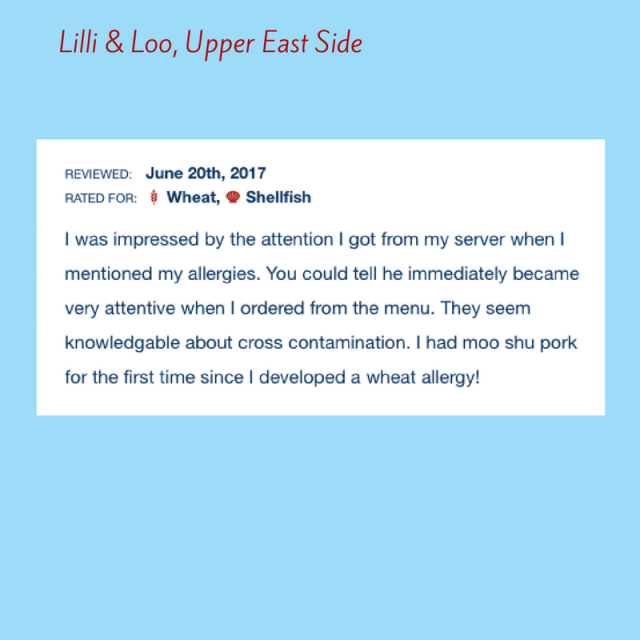 If your travels take you further uptown on the East Side or you’d prefer a more upscale menu, TBar Steak & Lounge has also received a high rating from AllergyEats’ users who’ve dined in this area. The steakhouse is relatively close (under a mile) to the Metropolitan Museum of Art (Fifth Avenue and 82nd Street), the first of many art institutions that stretch along a portion of Fifth Avenue known as the “Museum Mile”.

On the other side of Central Park, you’ll find the American Museum of Natural History at Central Park West and 79th Street. If you’re looking for a bite to eat before or after your time exploring the museum’s many exhibit halls, Rosa Mexicano, one of four in the city, is an allergy-friendly option located about a mile away. The Mexican eatery, which has opened locations in other cities since it originated in Manhattan years ago, is a leisurely walk or quick cab ride straight down the street from the museum. It’s also a convenient choice for food-allergic diners who are seeing a show just steps away at the Lincoln Center for the Performing Arts. 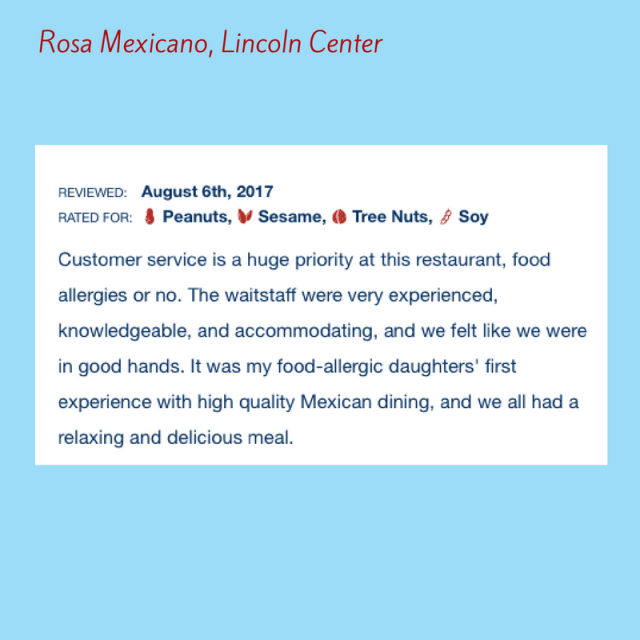 I appreciate this! As a NYC resident who works uptown, it can be tricky to find stuff I can eat!

It would also be awesome to get recommendations for Harlem, Washington Heights, Inwood (all in Upper Manhattan) and the outer boros too.